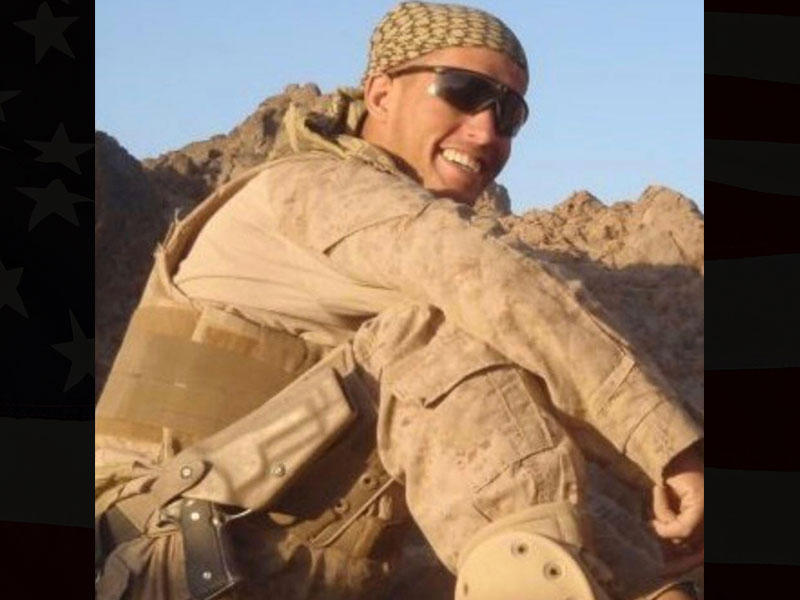 Matthew Hilario Lucero was a warrior, patriot, and amazing friend. He passed away on May 31, 2019. A Reconnaissance Marine and Combat Veteran, Matthew was 30 years old. Since 2011, he had been battling addiction due to Service-related injuries and Post-Traumatic Stress since his honorable discharge.

Matthew was extremely creative at a young age who was always mischievous. He became a Boy Scout, excelled in varsity wrestling, was a linebacker, and defensive captain on his football team. His friends were very important to him and he was fiercely loyal. If Matthew called you his friend, you were extremely important to him.

Matthew and Dustin Davis were always confrontational. One instance that was hilarious was when Matt and Dustin were going at it once again, Matt swung and hit Dustin in the jaw and broke his tooth at a paddle party. Dustin looked hilarious with a broken tooth!

Matt loved the camaraderie of sports, but yearned for a truly dedicated team. At the age of 17, he tried to enlist in the Marines but they wouldn’t take a GED, so he had to graduate first. Right after high school, he enlisted. His military aptitude test scores were high enough to be offered a full scholarship to UC Berkeley, but he declined. When asked why he declined he said “I don’t want to wait four years, I just want to be a Marine.” However, Matthew was never just a Marine. After half a year of grueling training, Matthew earned the prestigious title of “Reconnaissance Marine.” After he arrived at 2D Reconnaissance Battalion at Camp Lejeune, NC, he endured an additional year of specialized courses and small unit training before he bravely served his country in Afghanistan.

Matt introduced me to the movie There Will Be Blood. We watched it twice that night in the barracks. To this day it is my absolute favorite movie. I’ve watched it easily over 400 times.

Due to the operation tempo and poor living conditions, Matthew’s family rarely heard from him. Receiving calls from him was always a blessing to his family. His time as a Recondo was one of the happiest times of his life. Matt finally found that dedicated team that he had been searching for and called them his Brothers. He proudly wore his Recon Jack tattoo on his arm and Semper Fidelis on his back.

Returning to civilian life was difficult. Seeking rewarding work seemed like looking for that team again. He could never find anything as rewarding as being a Marine. He desperately wanted to re-enlist, but could not due to previous injuries he sustained.

Matt picked me up in Memphis after our leave block, it was after I had an awful weekend. He picked me up on short notice. And drove me all the way back to NC from Tennessee.

After years of self-medicating to deal with his Post Traumatic Stress and injuries, he began a VA sponsored program: Medically Assisted Treatment, that he attended 3 weeks prior to his passing.

Matthew’s family did everything in their power to help, but know he is no longer suffering and in a better place. “He was our sunshine, our hero, our Raphael. The world seems a little smaller and a little less bright without him.” Matthew’s family loved him dearly and wants everyone who knew Matty Lu to stay strong and to help those in need.

During the Dehanna’s Pass mission in Afghanistan, we were up in the observation post (OP) or our hide site for over 3 days and nights, shooting and getting shot at. It was a sketchy mission to say the least. Matt was throwing up and super dehydrated. A reserve unit came to relieve us once the newly established FOB was set, which took place about 24 hrs into the mission. He [Matt] had many opportunities to go down to the FOB to get checked out, but wanted to stay with the boys.

Susan, Larry, and Kristina. Thank you for being such an inspiration to us all. Your strength, courage, and desire to reduce this epidemic has touched everyone involved. Thank you.

“Never above you. Never below you. Always beside you.”

No comments to show.